A farewell to an iconic Canadian coach 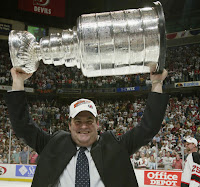 Monday brought the hockey world together in Montreal, a celebration of the life of Pat Burns, take far too early from the game he loved and the players and league personnel that ever worked with or for him.

The coach who never seemed to leave the police beat far behind from his days in Gatineau, was remembered not only for his coaching skills and ability to relate to his players, but for his passion for the game and sense of humour that he brought to it, though you suspect that for more than a few players over the years, that sense of humour may have been cleverly disguised.

Tuesday's news reviews were full of anecdotes and remembrances of events during his days of coaching whether it was in his junior days with Hull, or when he moved quickly into the ranks of pro hockey with Montreal, Toronto, Boston and New Jersey.

As a sign of tribute to the kind of force he had been the entire New Jersey Devils team was in attendance at his funeral mass at Mary Queen of the World Cathedral in Montreal, they were joined by a galaxy of past NHL stars, current General Managers and Presidents as well as league officials including Commissioner Gary Bettman, beyond hockey personalities there were politicians and former co workers from the days that Burns walked a beat or served as a detective with the Gatineau police force.

All gathered to recount those moments that brought their path across his, making many of them better we suspect for the journey shared.

Unfortunately, the special remembrance has been marred by a callous and despicable act of selfishness from the streets of Montreal, as  the Burns family car was broken in the overnight period following the service, with a number of items and mementos stolen.

Considering the fondness that both the hockey and police community have for their former partner, one suspects that this one thief that would be best to turn over the ill gotten goods as soon as possible and then find the deepest hole in which to hide.

The last week has been a hard one for many that enjoyed following the career of the former beat cop turned hockey coach, with many making mention of the remarkable oversight of the Hockey Hall of Fame this year with their refusal to list Pat Burns as a nominee for induction, a mistake that they will now have to carry on their shoulders for many years to come.


While he may not be in the Hall today,  there's no mistaking the idea that for all intents and purposes with hockey fans Burns is already a Hall of Famer, plaque or not.

Below some of the highlights of the remembrances of his career .

Email ThisBlogThis!Share to TwitterShare to FacebookShare to Pinterest
Labels: The passing of Pat Burns

Finding favourable financials for would be Canadian franchises 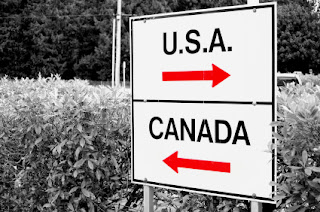 When in doubt call in the accountants, and for those proponents of adding more Canadian franchises to the NHL's family of clubs, the numbers are measuring up very positively it seems.

The weekend past, the National Post provided the spread sheet so to speak as to the viability of such Canadian outposts as Hamilton, Winnipeg and Quebec City, all passionate hockey towns and all wishful that the NHL brings the game back to places where it once was played and where the fire for the game still burns hot.

The synopsis of the article from the Post is that a return to any of the three Canadian cities currently hoping to return to the NHL fold would be financially possible with Canada's strong currency, assisted by the era of the salary cap combining to provide a strong base for a successful franchise.

Mario Lefebvre, a Director of the Centre for Municipal Studies and participant with the Conference Board of Canada, provided the four pillars of support required for success, and the three most mentioned Canadian cities it seems all fit into those guidelines.

Mr. Lefebvre found favourable trends in such areas as the size of and  the financial wealth of at the potential fan base, a sound corporate presence for support and a level playing field , particularly in the area of economics.

With the Canadian dollar now at or above parity with its U. S. counterpart, the financials may never be better to relocate those struggling American franchises to homes north of the border, a move which considering the state of the American economy of late compared to that of Canada's could make the wish list perhaps more possible now than it ever has since the moving vans backed up to Le Colisee and the old Winnipeg Arena a decade or so ago.

The full review of the financials and some feedback from the NHL can be found from the National Post.
Posted by . at 1:38 PM No comments:

Email ThisBlogThis!Share to TwitterShare to FacebookShare to Pinterest
Labels: Canadian relocations for the NHL

But who gets Albert?

There is a growing sentiment that in an overbooked and lengthy NHL season the prospect of an all star game is something best left for the history books.

An unlikely possibility however, considering each all star game is like a debutante ball for Commissioner Gary Bettman.  His chance to bring along a posse of corporate sponsors to schmooze along in the private booths and have their pictures taken with players, even if it's most likely many of them wouldn't recognize a player if they tripped over their equipment bags.

All Star Weekend of late has come to resemble the weekend that the carnival comes to your town, they have games of chance for the players,  a number of participation booths for fans to interact with players and of course the big finale, the game itself.

That part of All Star weekend however has more or less taken on all the importance of a public skate at the local rink, and to try and dress it up a bit the NHL is going to give it a makeover of sorts, with the NHL tasking the duties off to newly hired special advisor Brendan Shanahan.

And so after some no doubt entertaining banter between Shanny and  a few of his closest NHL friends , the league has released its latest revision to the mid season all star game, providing for the people of Raleigh this year with  a version  of those most Canadian of hockey events, the pre game picks combined with some kind of inside fantasy draft.

A decision which has received some interesting reviews since it was first outlined:


We see it as a sort of harkening back to the days of road hockey or a game at the local outdoor rink, this years all star game will feature the teams captains picking their own line up (with a bit of help from fan balloting) leaving us to wonder which NHL star will in the end have his Albert moment.

For those not familiar with the classic Canadian Tire commercial, Albert was that lonely soul left in the snow bank until the very end,  the last pick of the pick up game relegated to his brother's team, so eloquently assigned there with the traditional yelp of "he's your kid brother, you take him".

On dead end streets and outdoor rinks across North America, Albert would inevitably end up in the nets, but for the sake of a good television commercial, Albert was destined for greater things.

For those that have forgotten the classic vignette, or those that never had the chance to dream along with Albert, we offer up this reprise of that defining moment.

We find out on January 30th , just who will play the role of Albert in Raleigh.

Email ThisBlogThis!Share to TwitterShare to FacebookShare to Pinterest
Labels: All Star Game revisions

Canucks show their respect and class with Remembrance Day observances 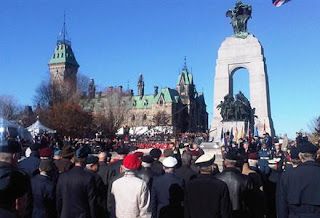 “To see generations of soldiers – I can't imagine what they've gone through – but to honor those who made the ultimate sacrifice for Canada is a small gesture for us... “The final parade, seeing generations going by and the pride they have in being a member of the armed services, that's the point that really hit home for me.” -- Vancouver Canuck Manny Malhotra, expressing his thoughts and those of his team, as the Canucks gathered in Ottawa to mark Remembrance Day.


Full credit to the Vancouver Canuck organization for understanding the important things.

The NHL team, in Ottawa for tonight's game with the Senators, walked as a team to the National War Memorial today, standing with over 30,000 Canadians to commemorate those that gave their lives in the service of Canada and to remember those that still stand on guard for Canada today in Afghanistan and other locations.

Manny Malhotra became the spokesman for the team with a short interview on the CBC, expressing his thoughts on the occasion and what the ceremony meant to he and his team mates.

Clearly respectful of the final march past, Malhotra eloquently described the solemn moment of national remembrance. A day where Canada's veterans and serving personnel received the kind of accolades and support that sports personalities may take for granted on a day to day basis.

Though we imagine that all of them would feel that the tributes paid to the veterans today is something far more worthy and much more important than anything received inside of a hockey rink.

In an era where we have become far to used to the excesses of professional sports, the Canucks provided a welcome reminder that all may not be lost.

Good on them for showing their respect and their support for those that have made sacrifices for this country, the team showed class, a model for all sports franchises in any league.


Photo from Ottawa Citizen website
Posted by . at 12:30 PM No comments:

Hockey 101: A most instructive video tutorial

From the Go Big Blog at the Vancouver Province, we found this link to a most creative and entertaining look at the woes of an NHL defenceman.

The result of the combined efforts of the bloge salming and Down Goes Brown, who put a lot of thought into how best to highlight the travails of the league's defencemen.

As they used to say to Dick Clark on American band stand, it's got a great beat and you can dance to it!

Though if you're one of the featured performers, it may be a little hard to watch it!
.

Email ThisBlogThis!Share to TwitterShare to FacebookShare to Pinterest
Labels: So you want to be an NHL defence man

Our Archive of headline stories for November 2010