Just past the mid way point, some trouble spots at the turnstiles

With the NHL just nicely past the half way mark of the 2016-17 season, the attendance numbers are highlighting a few areas of the NHL empire where the customers aren't exactly flocking to the rink.

The Carolina Hurricanes currently hold the status of team looking for a few good fans, with sixteen games so far this attracting less than 13,000 fans to the PNC Arena.

Part of that could be related to the recently completed college football season which is a religious experience for those in the Carolina's, with the NFL's Panthers also making a fair bit of noise this year heading into their NFC division final this weekend.

Getting attention for hockey is probably a challenge at the best of times, but with row after row of empty seats on TV on a regular basis, one has to wonder if there is a long term future for the Canes.

Not surprisingly the Arizona Coyotes continue to be a featured attraction on box score counts each week, with fifteen games now in the books with attendance under our 13,000 mark, the trek out to the Gila River Arena in Glendale still it seems isn't not quite cutting it with residents of the Greater Phoenix area.

Despite a hot streak through early January, the Florida Panthers also have had some troubles attracting fans to the BB and T Arena in Sunrise, though the success in the standings did seem to have some impact on South Floridians night time planning, with all of the attendance listings below 13,000 over eleven games found in the months of October, November and December.

Honourable mention for troublesome trends could be awarded to the New York Islanders,  who appeared to have a fair bit of trouble capitalizing on all the buzz of the move to Brooklyn's Barclays Center.

Up until early December, the Islanders had recorded ten games were the crowd count was less than 13,000.  Though there does appear to be a bit of a reversal in that apathy of late in Brooklyn, with the team starting to record larger and larger crowds into January.

Overall to this point there were 64 games that featured crowds with less than 13,000 fans in attendance.

The low point on the season found in Carolina, where only 9,021 attended the December 6th match up with the Arizona Coyotes.

What the NHL might make of the trouble spots isn't known,  with the league rarely discussing issues related to its low attendance markets.

But considering the current nature of the North American economy, there may not be much in the way of a solution in the short term.  With the Canadian dollar currently sinking on the money markets, the prospect of a relocation to a Canadian city would have to require some serious money counting, not to mention a wee bit of crossing of fingers and offerings to the hockey Gods.

There also don't appear to be many US markets currently jumping up and down to signal their interest in acquiring an NHL franchise, though efforts continue to make Las Vegas part of the NHL family in the future.

For cities such as Quebec with its NHL ready rink and hopeful fans for a second team in Toronto or one for Hamilton, the larger issues of the economic situation might be more of a challenge than enticing a team north.

There would appear to be candidates considering the low turnstile returns, however timing as it always is makes for the key ingredient for any potential franchise shifts and right now, holding in place might be the only option that current owners have.

You can review the attendance figures through the season from our Attendance Watch Archive page here.

Email ThisBlogThis!Share to TwitterShare to FacebookShare to Pinterest
Labels: Attendance look just past the midway point

Our Archive for the month of January 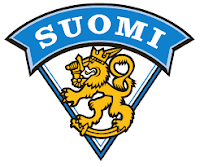 From defending Champions to Tournament underdogs, that is the latest twist in the travels of Team Canada at the World Junior Championships for 2015-16.

Authors of some of their own misfortune, the now much documented struggles for the Canadians have become the undercurrent for the fans back home, first with a loss to the USA on opening night, followed by a surprisingly challenging match up with the Swiss followed by a thumping at the hands of the Swedes. Each game highlighting some part of the Team Canada puzzle that still requires a bit of attention.

The problem is, the time for adjustments is up, the preliminary round delivering the Canadians to the high flying Finnish squad, who will be looking to ring in the New Year with a solid message for the fans and opponents alike, one of the Champs are ready to be taken down this year.

Canada of course will be seeking to change that narrative on Saturday, with no need for the reminder that the second part of this World Junior Tourney offers no further follow up opportunities, win and your moving on, lose and you're on your way out.

The disappointments and missed opportunities to be catalogued to the end of the tournament and maybe even a bit beyond.

For the Canadians the second season of tourney time offers the chance of redemption from their early struggles, the key to allow the muscle memory of what brought them to Helsinki to take over from the mind, which could revisit those early match ups in an unhelpful way.

The Finns have been talking a little smack in the lead up, noting that they aren't all that intimidated by the Canadians, pointing to those early struggles as an indication that the Champs are ready for the taking.

That could be the best thing that the Canadians could hear as they head to puck drop on Saturday, there won't be any need for a slogan on a black board, the sense of the moment all the motivation that Canada might need.

The pressure shifts in this one towards the host Finns, their braggadocio such as it has been, something that now has to be backed up on the ice.  On paper and through round one they look good for their boasts, yet, elimination games offer up something that requires a little bit more than just confidence.

For sixty minutes you have to deliver, winner moves on, loser moves over