Battered, Bruised and using backups... Canucks prevail on the road!

The first month of play in the 2013-14 season has kept the training and medical staff of many NHL teams rather engaged in the process of attending to their squads.

And at the end of a lengthy early season road trip, none have been tested more than the Vancouver Canucks. A team that ran a short bench down the road trip stretch and provided for a fair amount of ice time to players that perhaps haven't had that kind of shifting since junior.

The Canucks rolled into St. Louis on Friday night, a dog tired group with a cast of players that  after this run, could probably audition for roles for the touring cast of Les Miserables.

The pre game lineup sheet outlining the injury woes with Alex Burrows, Jordan Schroeder, Jannik Hansen and David Booth all part of the walking wounded and destined not to suit up for the Friday night match up.

As well, with the Canucks wrapping up the long road trip on Friday, head coach John Tortorella went with Eddie Lack in the nets, giving Roberto Luongo a well deserved night off.

The night in short, could be put up on the marquee atop the Scott Trade Centre as featuring Eddie Lack and the Back ups...

Blue fans heading into the rink on Friday surely must have believed that the stars had aligned in favour of the home side, with the two points there for the plucking by the Blues, most likely without the need to even make an end to end rush.

Yet, against a well rested (or was that rusted?) Blues team, the Canuck understudies and weary regulars took the majority of the play to  St. Louis in the first two periods, a gut check kind of performance that had Vancouver improbably heading into the third period with a 2-0 lead.

That wouldn't last, the Canucks' showing some signs of weariness, surrendered the two goals through the third, but still had enough in reserve to battle hard to send the game into OT, a place where they have been impressive so far in the season.

And once again, digging deep for that extra push on the skates, the Canucks were rewarded for their work ethic.

Aided by a bone headed penalty from the Blues Patrik Berglund, the Canucks moved the puck in the blue end with urgency. The final play of the game setting up Ryan Kesler  who provided the man advantage winning goal, with some hard work in front of the Blue embattled goaltender Jaroslav Halak.

The Kesler maker  giving the Canucks the OT victory by a margin of 3-2 and sending the Blues into a post game tantrum over any number of possible reasons.

The obligatory pushing and shoving after the winning goal an indication as to the frustration that the Blues had about their performance, though accountability for two periods of laziness seemingly wasn't part of their  post game review.

Full credit was provided to goaltender Eddie Lack post game, he clearly had an impressive start and earned some much deserved trust from his team mates, his stint in the nets  one that should provide a comfort zone for Tortorella going forward in the season.

Lack's performance of Friday with less than optimum staffing, now offers the coach of the Canucks the chance to rest Luongo more frequently at key moments through the schedule.

The final game and the road trip itself will also provide a bit of a measuring stick for this group of Canucks, battling through a bone wearying itinerary and not letting up, despite the key injuries should build their confidence.

They head home to rest up for their next contest Monday night back at the Rogers Arena in Vancouver,  when the Washington Capital come to town.

As they unpack the bags and put their feet up, the Canucks  should feel pleased about their accomplishments, with the road trip complete, they now hold a share of first in the Pacific Division with the Sharks, a record of 8-4-1 providing them with 17 pts, 1 point shy of the Conference leading Colorado Avalanche.

Vancouver's feat made even more impressive by the fact that the last week and a half of their journey was spent checking flight boards, checking into hotels and playing a string of games with little in the way of rest or recuperation time.

It was a  ten day travel across the continent that should serve as one of those team building exercises that coaches could only dream of.

The Canucks, coaches and players, learned quite a bit about themselves over the length of their travels on this trip and along with those points in the standings, they must be quite pleased about the lessons that they absorbed during their excursion.

Some good background on the Canuck's trek just completed, can be found below. 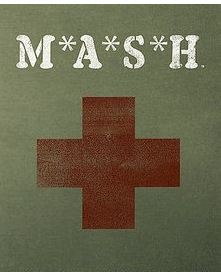 An archive of injury reports from NHL teams in the course of the 2013-14 season. Our accounts of the latest from the M*A*S*H wards of the NHL can be found below.

October 26-- Schneider out with lower-body injury for Devils
October 21-- Elias not traveling with Devils to Columbus
October 19-- Devils without Elias, Brunner against Rangers
October 16-- Devils place Clowe on injured reserve

February 3-- Timonen out for second straight game
January 30-- Rinaldo returning to lineup
January 14-- Read back in Flyers lineup against Sabres
January 8-- Flyers' Matt Read out with concussion
December 12-- Flyers' Downie gets helped off the ice after hit to head
December 9-- Flyers place Lacavalier on IR, recall McGinn
December 6-- Flyers' Lecavalier has non-displaced fracture in back
December 2-- Back spasms sideline Flyers' Lecavalier vs Wild