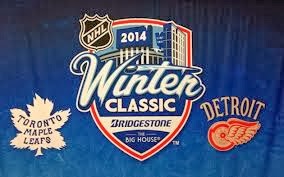 The Winter Classic the outdoor festival of hockey, will provide a Wednesday afternoon skate at the park for the Red Wings and Leafs this year. As Michigan's famed Big House, plays host to the annual New Year's Day spectacular.

Hockeytown has already been in an outdoor hockey mood, this weekend the Great Lakes Invitational took place at Comerica Park, home of the Detroit Tigers, with Andy Murray's Western Michigan University taking the Michigan bragging rights on the strength of two hard fought victories on Friday and Saturday night.

Sunday it was the turn for the OHL to take to the Comerica Ice field, with the Windsor Spitfires crossing the border to take victory from the Saginaw Spirit, in the first outdoor game played by OHL teams. The Sunday doubleheader, featured a nightcap match up between the London Knights and Plymouth Whalers, with the Michigan squad reclaiming a victory for the US in a shoot out.

Monday, the AHL had the opportunity to play under the open skies, as the Leafs farm club the Marlies took on the Grand Rapids Griffins, the Red Wings AHL affiliate. With Toronto claiming the 4-3 victory in a game which went to a shoot out.

The alumni game goes Tuesday at Comerica, while the Big House gets its final touches in place for Wednesday's welcome to the new year of outdoor hockey, in what will be the largest venue yet for these outdoor gatherings.

Below, to set the scene for Wednesday's event, some of the preparation items leading up to the New Year's Day showcase: 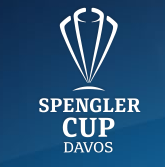 There won't be any large contingent of idle NHLers to round out this years Spengler Cup rosters, making it a fairly mercenary group that will take to the ice for the Maple Leaf this time around.

Hockey Canada listed the names of those competing for Team Canada with a collection of Canadians playing in Europe and a few from the AHL ready to fly Canada's flag at this years event when the puck drops in Davos.

Like the World Juniors, the Spengler opens up on Boxing Day with to games of note for the 6 competing teams, featuring a wide range of club hockey squads in addition to the assembled Canadians.

Among the others taking part in this years Spengler, the Rochester Americans, CKSA Moscow, HC Geneve-Servette, HC Davos and HC Vitkovice Steel.

The full Spengler Schedule can be found below as each day's events get ready for puck drop.

The Spengler Cup home page can be found here.

TSN's Broadcast Schedule for Spengler 2013 can be found here.

Summaries and items of interest to follow through to the Championship game on December 31st.

Notes on the Tournament:

Our Archive page of events for the 2014 World Junior Hockey Championships from Malmo, Sweden. The Holiday hockey festival that never fails to capture the interest of Canadian hockey fans from coast to coast to coast.

This year, the USA will seek to defend their title, taking on all comers including the host Swedes and Canada, a squad that is always looking to provide a little push back to their continental cousins.

Below, find the day to day schedule and scoring summaries, as well as items of interest from the daily events on the ice. Updated through the day to reflect that day's action and the day to come.

The majority of our links will provide a larger focus on Team Canada and the USA squad at this years tournament, though notes of interest from the other teams will no doubt make their way into our review of the tournament.

You can review some of our pre tournament items here.

Some key websites for this years tournament:

Day Off from Competition

Notes through the Tournament

Fifteen games, almost one fifth of an NHL season, that was the amount of time that Brendan Shanahan assessed over the weekend as a fit punishment for Shawn Thornton. The first ever suspension for the Bruin will clearly be one that will be talked about for the remainder of this season and perhaps for a few more down the line.

The decision by the Director of Player Safety is the correct price to be paid for the events of last weekend which saw the Boston Bruin take Brooks Orpik to the ice, leaving the Penguin player concussed and taken off the ice by stretcher.
.

.
For some (hello Don Cherry) the suspension was considered too much, for others not quite enough, however for the most part, the fifteen games that Shanahan announced, is probably just the right number.

It sets the tone for the season moving forward that the days of brain cramp incidents must come to an end. The time to consider your actions has arrived and that the Mad Max style of recent weeks will be addressed.

Shanahan has taken a fair amount of heat over his duties since he took on the thankless task of doling out suspensions and trying to create a culture of respect with the minority of players that don't seem to know how to spell that word.

His decision on the weekend was the right tone, the right punishment. The message clear an unequivocal, dangerous play will not be tolerated.

Much has been made about the entire flow of that game and how things continued to escalate, valid points, there were any number of stupid incidents during the Bruins-Penguins game of last week that could keep Shanahan and his team busy for a fair amount of time.

However, the Thornton incident stood out among them, for the slew foot, the punches to a vulnerable player and even the nature of stalking him down the ice before the incident.

The parallels to the Todd Bertuzzi/Steve Moore incident, a black mark from the NHL archives that still has yet to be properly addressed. Thankfully, for Orpik his career will continue and for Gary Bettman and the NHL's Governors the spectre of a court case does not seem to be in motion here.

Thornton, to his credit was remorseful following the incident and not seemingly the convenient remorse we have seen in the past, which lacks but one key ingredient credibility.

Still, his acts were dangerous, the outcome clearly could have been much, much worse.

The Bruins outlined today that Mr. Thornton plans to appeal his fifteen games, which is his right, though one suspects that it will prove to be an unsuccessful appeal.

The visuals of the string of events provide a fairly compelling case that Brendan Shanahan has made not only the correct decision, but the just decision.

Providing a new measuring point for future offences, though we have no doubt that Shanahan hopes his suspension of Mr. Thornton will provide the ultimate of deterrents and that finally, in season of but three months of nasty incidents, the message of mutual respect begins to take hold

Time for some Truculence in Cowtown

One of Brian Burke's best adjectives is truculence, the characteristic that he believes best exemplifies his brand of hockey, a hard hitting, never back down approach to hockey that clearly wasn't part of the Calgary landscape over the last few years.

That it seems is about to change, with Burke relieving General Manager Jay Feaster and Assistant GM John Weisbrod of their duties last week, he has set a new course for an apparent attitude adjustment for the Flames, or at least for those that will feel comfortable with the new branding to come.
.

.
The hallmark of a Burke team and make no mistake, despite the suggestion that the search is on for a new GM, this will now be a Burke team, is a certain level of tenacity, at times an us against the world mentality that becomes the main calling card both at home and away.

He developed that baseline through his many stops, from Vancouver to Anaheim and on to Vancouver, there were even traces of it in Hartford back in the Whaler days, but well, the Whalers were only on the radar of Hartford, never the larger NHL stage.

Since those days with the whale, Burke has become almost larger than life, the quotes, the bombast and at times the feuds, it's all made for a fascinating ride and at times for some fascinating hockey.

Hey came close to a Stanley Cup era with the Canucks, claimed one with the Ducks and the Leafs of today still bear his blue print, some of it good, some of it bad.

At times his loyalty to those he brings on the journey has cost him, at others his shoot from the hip style has provided the self inflicted wounds.

But at the end of the day, in most cases his teams compete, play the game hard and no one gets to be a passenger.

The Flames may prove to be a challenge equal to the days of Toronto, both markets love their hockey, have great expectations and in recent years more than a share of disappointment.

The last few seasons have been campaigns of much disappointment for Calgary hockey fans, a collective that one time believed they were but a player if not just one goal away from another Stanley Cup.

That began to unravel a few years back and last season's post season disappointment left the fan base to try and understand where their team was heading.

They can wonder no more.

The twin firings of last week were the first indication that the rebuilding job in Calgary is full on, the tentative steps of the last few years, where the Flames couldn't seem to make up their minds as to where they should go now firmly behind them.

When he signed on to his executive earlier this year, many suggested it was only a matter of time before the shoes began to drop, they tumbled last week.

The rest of the season will determine how many of the current Flames are ready to buy in, those that don't won't be around for long.

Burke however may be in place for a stay, his chance to remake the Flames and return the franchise to consequence in the West is one that could remove some of the disappointment of his recent stops.

It's a challenge that won't be tackled in anonymity, Calgary like all Canadian franchises is under the constant spotlight of media attention.

Every move will be analyzed, debated and then stored away for further review.

The announced intent to make the team a more formidable opponent will sit well in the watering holes of Southern Alberta, the first measure of that dedication to a more truculent brand of hockey will be when the Flames renew acquaintances with the northern cousins.

Rebuilding a team takes time and requires an evolution of sorts, winning the Alberta battles through the season will make for a useful measuring stick and provide some tangible proof that the culture in Calgary is about to change as promised.

Some of the key moments in the Brian Burke Calgary timeline can be found below:

Email ThisBlogThis!Share to TwitterShare to FacebookShare to Pinterest
Labels: Burke takes the reins of the Flames, December 2013


Our Archive of headlines for December

Email ThisBlogThis!Share to TwitterShare to FacebookShare to Pinterest
Labels: Headlines for December 2013 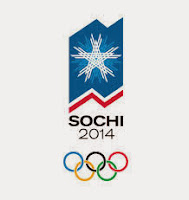 With the Sochi Olympics just over two months away, we offer up our early reviews of developments leading up to the February 12 puck drop.

This will serve as our preamble, up until the arrival of the Olympic tournament, when we'll track the event from our page dedicated to the 2014 Sochi Games.

We'll merge this page into our permanent home for our HockeyNation Olympic coverage as we get closer to the February puck drop in Sochi.

Check back frequently for the most recent updates to the archive.