The Final Round: Series Review

Email ThisBlogThis!Share to TwitterShare to FacebookShare to Pinterest
Labels: The Final round Stanley Cup 2010

The Third Round: Series by series review

Email ThisBlogThis!Share to TwitterShare to FacebookShare to Pinterest
Labels: Third Round NHL playoffs 2010 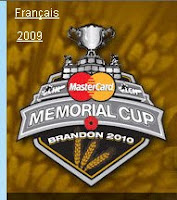 You can follow the path of the games this week from the blog as we track the results on the way to the Championship game. 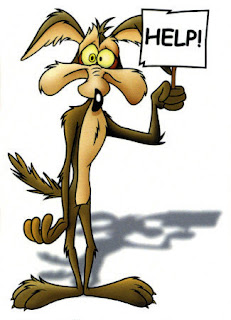 Now that the feel good run of the playoffs is over it's apparently time to return to situation normal in the Phoenix Coyotes camp, a situation which in one word is once again nothing but chaotic.

It seems that the much anticipated celebrations over the arrival of Jerry Reinsdorf into the happy family of NHL owners may not take place after all.

Numerous media outlets are now reporting that the Reinsdorf deal to buy the Coyotes is falling apart, so much so that the NHL now faces the prospect of the previously spurned Ice Age folks stepping back into the picture.

With Glendale and Reinsdorf apparently not seeing eye to eye on much of their talking points, Glendale has apparently called Ice Age back into the discussions, a move which may or may not meet with the approval of the NHL owners, who are rather anxious to remove the burden of ownership of the Coyotes  hopefully turning them over to a group or individual that is a little bit more flush in cash.

Reinsdorf’s bid calls for massive subsidies for the club from officials in Arizona, something that apparently isn't going to happen in the current financial environment and is in fact frowned upon by Arizona law.

The clock is moving forward towards June 30th when the NHL can sell the team and move it if indeed it proves unfeasible to continue the Arizona expeirment. And many observers suggest that it's just as likely that the NHL will move the team as turn it over to Ice Age to continue on in Arizona.

With the sudden change of direction once again, the ususal rumours that the Coyotes will return from whence they came have begun to gather steam again. With Canadian billionaire David Thomson one of the leading candidates to get the team through his affiliation with True North in Winnipeg.

Safe to say that the NHL most likely finds much more comfort in the number of zeroes that Thomson could add to a list of numbers as opposed to the Ice Age group. Still, for Winnipegers this is becoming rather tedious we imagine, every time some NHL franchise gets tied to a railroad track it's Winnipeg that is supposed to swoop in and pull the franchise off the tracks before the train hits.

No doubt before they start ordering the season's tickets or plan the welcoming social they'll be waiting to see if there is any substance to the latest tumble weed to blow in from the southwest.

Email ThisBlogThis!Share to TwitterShare to FacebookShare to Pinterest
Labels: Coyotes to winnipeg again 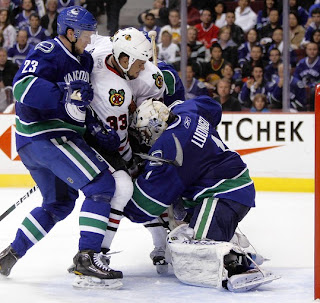 “I have a stone in my shoe. You can remove it”
Don Altobello to Mosca in the Godfather.

Alain Vigneault may be channelling the Don these days, thinking much the same thing behind that Vancouver bench whenver he sees the visage of Dustin Byfuglien on the big screen, or in front of his goaltender.

Wednesday night, it was Byfuglien once again who caused much of the way of angst in the camp of the Canucks, his Game three performance distracting the Canucks from their game and more importantly added to the Black Hawk goal count when it mattered most.

The giant 6 foot 4, 257 or so winger was a concern for the Canucks in last year's playoff run and though off to a slow start in this years festivities, Wednesday night was like Groundhog Day for Roberto Luongo and the hard pressed Vancouver defence, the immovable object in Byfuglien took root outside the crease (and occasionally within it) limiting Luongo's visual range while Byfuglien stood ready to bang in the rebounds as he did with quick succession as he tallied up a hat trick and quickly became public enemy number one for the suddenly furrowed brow set of the Cancuk fan base.

And much while the Canuck's coach might wish that the Byfuglien factor wasn't such a media obsession, after Wednesday night's performance it's safe to say that the marquee name for this series won't be the oft celebrated Jonathan Toews,  Patrick Sharp or  Marian Hossa, but the guy now proudly wearing the Black Hawks black hat.

While the Canucks may wish to see Byfuglien out of the crease area and pushed to the boards, the real place he's seemingly having an effect is in their minds, he attracts their attention and seems to be able to spur them on to bad decisions whether it's an untimely penalty or a mis-directed pass to try and avoid him, regardless by his presence he's been able to knock them off their game.

The last two games have brought the Canucks quickly back down to the ice after their astounding jump out of the gate in game one, but with Wednesday's domination the balance of momentum may be slowly drifting the way of the Hawks, something that will have to be stopped on Friday, going back to Chicago down 3 games to 1 would not be a move that builds confidence.

The first thing they will have to do on Friday is find a way to focus more on the game and less on the work of Byfuglien, find ways to bury their own opportunities and reduce the time of play in their own end allowing the Hawk torment them so.

Otherwise the only way that Alain Vignault may be able to beat the fellow is to ask management to pick him up whenever he gets a chance at free agency.

Photo from Chicago Sun Times website
Posted by . at 11:22 PM No comments:

Email ThisBlogThis!Share to TwitterShare to FacebookShare to Pinterest
Labels: Byfuglien torments the Canucks

Tracking some of our highlights for May.

May 31-- Quick strike Blackhawks win again
May 30-- Flyers goaltending up in the air
May 29-- Hawks win Stanley Cup opener
May 28-- Bettman: NHL franchises stable
May 27-- Flames, Habs take game outdoors
May 26-- Pressure’s on for NHL prospects
May 25-- Yzerman takes Tampa Bay GM job
May 24-- The Habs' heart-stopping run comes to a close
May 23-- Hawks' Cup isn't full yet
May 22-- Russia to face Czech Republic in final
May 21-- Flyers finding motivation in loss
May 20-- ‘Desperate’ Canadiens keep despair from their door
May 19-- Canadiens’ Martin has CFL coaching connection
May 18-- Blackhawks owe road success to big scorers, versatile checking lines
May 17-- Canada's Team?
May 16-- A new bully on Broad Street
May 15-- Stamkos returns after suffering head injury
May 14-- Flyers seal comeback, crush Bruins
May 13-- Sharks downplay regular-season record against Hawks
May 12-- Game 7: Canadiens bounce Penguins 5-2
May 11-- Canucks’ deja vu: Crash out of NHL playoffs again with loss to Blackhawks
May 10-- Spacek rises to occasion
May 9-- Roberto Luongo steps up for Canucks, leads team to victory
May 8-- Sharks eliminate Red Wings
May 7-- To rebound, Canucks must play to their strengths
May 6-- Canadiens rally to square series
May 5-- Byfuglien unleashed, Blackhawks overwhelming
May 4-- Big guns go silent
May 3-- Canucks lose their heads, and lead, as Blackhawks rally to win 4-2
May 2-- Sharks take 2-0 lead on Red Wings
May 1 -- Canucks humble Hawks in Game 1
Posted by . at 3:16 AM No comments:

Email ThisBlogThis!Share to TwitterShare to FacebookShare to Pinterest
Labels: Headlines of May 2010

Round by Round reviews of the quest for the Stanley Cup

Final Round (Stanley Cup Finals)
Round Three
Round Two
Round One
Posted by . at 1:13 AM No comments:

The Second Round: Series by series overview

Montreal vs Pittsburgh
Montreal wins the series 4 games to 3

Philadelphia vs Boston
Series is tied at 3 games each


Vancouver vs Chicago
Chicago wins the series  4 games to 2