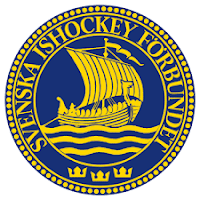 Canada's tournament blue print hasn't quite gone according to plan, a first game loss to their North American Rivals from the USA was the first indication that there was work to be done still, a tough loss that was followed by match ups with the Danes and the Swiss both of which at times left Canadian fans a tad nervous.

The former were eventually taken care of fairly effectively, while the the latter provided another challenging affair, a match up that required a Shoot out before Canada could improve on its record over three games.

For New Years Eve, the Canadians face perhaps the most strenuous test yet, a match up with the undefeated Swedish  squad currently ruling the roost atop the World Junior placements, with a total of 9 Points on their tournament so far with 14 Goals For and but three against.

Canada currently sits third in Group A Play chasing the USA by one point, holding off the Danes by Two heading into Thursday's play.  Their third spot is most likely to be the resting spot as the opening round comes to an end, regardless of how they fare against Sweden.

While Canada decides on how best to approach the Group leaders, the US will be taking on Denmark and considering the ruthless efficiency that the US exhibited on Wednesday with the Swiss, it seems likely that the Danes will face much the same fate by the time everyone makes their New Year's Eve plans following Tournament play.

And while they keep a focus on the work at hand, Canada's scouting group will no doubt be keeping a watchful eye on the Group B matches, making plans for the opening round of the elimination round to come up on January 2nd.

The early round struggles have highlighted some of the areas to be addressed as Canada worked its way through the first 3 games, the Swedish game may be a good measuring stick as to whether they have taken note of their weak spots. The points less important today than the positional play and the ability to keep to the plan ahead, should they not resolve some of those issues, the trip to Helsinki may not provide for quite the outcome that they may have anticipated when the departed from Canada.

Email ThisBlogThis!Share to TwitterShare to FacebookShare to Pinterest
Labels: Canada vs Sweden December 31 2015

Canada turned a page from their disappointment of game one in their loss to the USA, making the most of their scoring opportunities in their second appearance at the World Junior Championships on Monday.

Denmark provided the tune up competition for Canada on Monday and with 56 shot on net, the Canadians clearly worked out a few of their offensive plans over the sixty minutes of play.

Team Canada will be looking to improve their record on Tuesday, as they take on the Swiss in game three of the Finnish adventure for the Canadians.

Making the most of their Monday match up with the Danes and using the rhythm that they developed Canada will be seeking to take the play to a Swiss team that has a few problems of their own in these early days of the World Juniors.

One key concern for fans of the Swiss is a short handed situation of their own making following their earlier suspension troubles against Sweden in game one. That however may not give the Swiss pause to reduce the hard hitting nature of their game, which at times resembles the more physical play found in Canadian junior rinks.

And if the Swiss hope to find success against the Canadians, that is probably their best strategy, while hoping to avoid to many penalties that may provide power play opportunities for their competitors.

The Swiss will be well rested, having had Monday off at the Tournament, while a Canadian who has had some significant downtime in recent days may finally see his first bit of action in the tournament.

Goaltender Mackenzie Blackwood has served his eight game OHL suspension, honoured by the IIHF and if they wish the Canadian coaching staff can bring him into the tournament with the Swiss match up.

Rested as he is and considered to be one of the top goaltenders to arrive in the tournament, Blackwood if he gets the nod will handed the task of shutting down the Swiss while Canada's offensive units look to pick up where they left off on Monday with the Danes.

Email ThisBlogThis!Share to TwitterShare to FacebookShare to Pinterest
Labels: December 29 Canada vs Switzerland 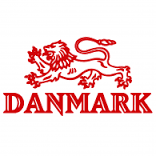 Team Canada looks to regroup after their opening day loss to the USA at the World Junior Tournament, with Denmark providing the opposition in Game Number Two from Finland.

For the Danes the match up provides an opportunity to build on their first ever regulation time victory at the World Junior tournament, having defeated the Swiss 2-1 on Sunday.

A game which saw the Danes taking advantage of the short bench that the Swiss had owing to a string of suspensions from Boxing Day play against the Swedes, still Denmark was still full value for a win which provided for the first real upset for the 2015-16 tournament.

And while many would suspect it unlikely that the Danish juniors are about to launch an undefeated streak, there's something about getting your first win in a tournament (in this case ever) that could put a bit of an extra push on the ice.

Something that the Canadian team will want to be watchful for in the early stages, though for the most part it would seem that Monday's game will provide an opportunity for the Canadians to correct their miscues of Boxing Day and develop a more consistent bit of play through all three periods.

Email ThisBlogThis!Share to TwitterShare to FacebookShare to Pinterest
Labels: December 28 Canada vs Denmark 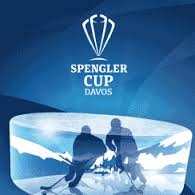 It's a tournament sometimes best known for the strategic placement of the sponsor's automobiles (which we imagine come with some form of an additional insurance rider to the policy) but as the years have moved forward, the hockey has become the story.

The Spengler Cup which like the World Junior Tournament dominates the hockey scene during the final week of December and into January brings the wide collection of hockey players currently playing the game in Europe these days.

The Davos hosted tournament launches on Boxing Day with two games and carries through until the New Years Eve showdown to declare the winner.

Six teams are taking part including Team Canada made up mainly of Canadians playing in Europe with some reinforcements arriving from the AHL for the holiday tournament.

The Team Canada Spengler Roster was announced earlier this week Guy Boucher is the head coach for Team Canada, while George McPhee has been the GM putting the squad together.

Scores from tournament play can be found below:


Notes on the tournament can be found below through until the Final game.

Our look at the opening match up for the 2015-16 World Junior Championship, with Team Canada taking on the United States to launch this years defence of Canada's status as Champions.

Overall Tournament notes can be found here.
Posted by . at 4:07 PM No comments:

Email ThisBlogThis!Share to TwitterShare to FacebookShare to Pinterest
Labels: December 26 Canada and USA

Helsinki is the host for this years event which sees defending Champions Canada looking to keep that dominance in Junior Hockey part of the news cycle for this 2015-16 edition.

The full schedule for the World Juniors can be found below, updated each day with the results from the competition. As well, snapshots of the Tournament can be view through the links below the rolling scoreboard through to New Years Day.

Items specific to Team Canada will also be found, featuring previews and recaps of each game and other notes of interest related to each game of the tournament. Just click on the preview/review beside each match up for Team Canada through the tournament to find that expanded look at their time in Finland.

The lead up to the tournament, with pre tournament scores and items of interest can be found here.

Time now to "Drop the Puck", or as they're putting it on TSN these day "Here We Go"

December 27 -- 5 things to watch in Canada vs. Denmark
December 27 -- Denmark upsets Switzerland for First regulation win ever at World Juniors

Team Canada has a couple of preliminary games set up to help this years squad adjust to the European experience, all part of the lead up to the Boxing Day launch of the World Juniors for 2016.

Results of their Pre Tournament games can be found below:


You can get some pre tournament background from our archive page here.
Posted by . at 1:58 AM No comments:

It's one of the highlights of the Holiday season and one of the most watched of sporting events in Canada each year, an annual ritual for many that when the tourney is found away from North America as it is this year, makes for an interesting morning routine.

With Canadians (and a few Americans) putting the coffee on early and settling in for some high tempo hockey that offers up any number of story lines each year.

The World Juniors is in reality a two part festival of hockey, first and foremost one that takes the raw emotion of playing for your country and seeking to claim a championship, while a secondary aspect holds a fair amount of importance too, that being an auction if you will for those who are draft age eligible for the NHL draft in 2016.

Stand out players in the past have seen their stock rise sharply following a World Junior appearance, something not limited to North American players, the World Juniors provide a valuable measuring stick for NHL GM"s about lesser seen European players and those in the Russian system.

Performance either verifying what scouts have been saying or providing pause for six months down the road when tough decisions have to be made by NHL clubs.

As we get closer towards the Boxing Day launch for the 2015-16 World Junior hockey championships from Finland, we'll offer up notes and observations about the tournament.

Collecting links from near and far to bring a sense of the lead up to the premier holiday tournament that there is for fans of hockey, an event that in recent years has provided TSN with some spectacular ratings numbers and long ago ripped the domination of the US college football finals from the Canadian television sports scene.

As part of our overview in the run up to the tournament launch, we'll provide our breakdown team by team for teams in both Pool A and Pool B.

Though to offer up some advance warning for those from Europe that occasionally check out our posts, we will be putting a particular focus on the North American teams heading to Finland to make their mark at this years event.

Once the tournament launches, we'll combine this Preview Page with our full Tournament coverage archive.