Canucks don't provide much of an anniversary present for Alain Vigneault 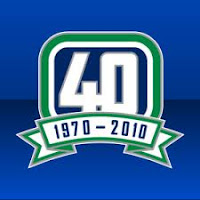 "Everybody in that room, starting with me, could do a better job," -- Vancouver Canuck Head Coach Alain Vigneault reviewing Tuesday's woeful performance of his squad.

Game number 600 may be a milestone, but for Vancouver Canuck's head coach Alain Vigneault it wasn't much of a night to remember, in fact it was a night that even Vigneault himself admits was not his best effort, nor was it the finest hour for those that he coaches..

Vigneault's Canucks never appeared ready to play on Tuesday night a situation that the home Minnesota Wild more than took advantage of.

The Wild took care of the Canucks on the ice with a solid 6-2 victory,  a game which showcased domination in every facet of the game and featured the unwelcome sight for Canuck fans of Roberto Luongo getting chased from the game after surrendering all 6 of the nights goals for the Wild.

Beyond the embarrassing effort on the ice, the Canucks will also most likely be facing disciplinary action from the league office after an altercation off the ice between the Canucks Rick Rypien and a Minnesota fan in the stands.
.

.
While some of the Canucks were suggesting that the fan got a little to close to Rypien who had been sent to the locker room after a game misconduct the result of fight on the ice.  A review of the video of the incident seems to indicate that there is no evidence that the fan physically touched the player, while Rypien made ever effort to reach the fan in the stands.

Canucks GM Mike GIllis anticipates a phone call  on Wednesday morning from the league to set up a time and date for a league hearing into Rypien's lack of off ice composure.

As for the Anniversary boy, his record now sits at 293-235 with 35 ties and 37 overtime losses, though we imagine not many were as ugly or uncomfortable to watch than the Minnesota mess.

Tuesday was a night where the team was clearly out performed on the ice and as events play out in Colin Campbell's office over the next few days will most likely see the team no doubt reprimanded in the league office .
Posted by . at 12:16 AM

Email ThisBlogThis!Share to TwitterShare to FacebookShare to Pinterest
Labels: Canucks lose on ice and most likely in the hearing room