Moving Grezkty to the point?

The bid to remove the burden of that 80 percent of Maple Leaf ownership from the shoulders of the Ontario Teachers Pension Plan Fund continues on, with an American group now in the hunt to grab those shares of the Maple Leafs, a move that has some just a little bit anxious that one of the nation's premiere franchise may fall into American hands.

So with the Flag seemingly up for grabs, the would be US based private equity group Providence Equity Partners, is reportedly looking to make a Canadian icon as their point man, hoping that the prospect of Wayne Gretzky as a frequent visitor to the owners box will help move the wheels of finance and result in a successful bid.
.

.
John Shannon of Sportsnet was one of the first to report that the Great One might end up as the face of the franchise (or at least the facilitator of the financials) a prospect that probably has the legions of the Maple Leaf nation feeling fuzzy all over.

The other report of note on Gretkzy's interest came from the Toronto Star's Rick Westhead , an article which weighed the pros and cons for Gretzky of taking an interest in the Leafs and their fortunes.

Since those opening reports however, the Toronto media which focuses on all things Maple Leaf as though of national importance, has been busy dispatching the investigative reporters out to get to the bottom of the rumours.

The Globe and Mail's David Shoalts has suggested that it's not quite as slam dunk (if we may use a basketball term) as some believe, providing the counter points to the anticipation of Gretzky getting all hands on with the Leafs.

As the Globe also reports, the US group is not the first to try and lure Gretzky back into the public when it comes to the NHL, any number of tire kickers it seems are quick to put in a phone call to Gretky's agent Darren Blake, hoping to wrap themselves in the cloak of his celebrity and resonance across Canada.

As for the latest to seek out the Greatest, the Globe suggests that the chances are slim of MLSE ending up among the collection of a U S Equity fund.

Over at the Toronto Star Damian Cox looks at the logic of Grezky joining forces with the US group providing him with a chance to finally join the Maple Leafs, something he seemingly was aching for at one time, all be it long after his playing days have been done. 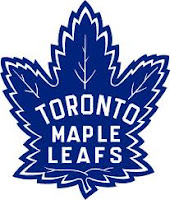 The Teacher's Pension plan has been hoping to create a bidding war for its valued shares in Maple Leaf Sports and Entertainment, using an investment banker to field the bids, a process which seemingly isn't moving quite as fast as many thought it would.

Good (or is that bad)  timing as they say is everything and with the world's financial markets in turmoil and investment money seemingly drying up daily, the prospect of investment in hockey, even as valued a brand as the Maple Leafs, isn't quite as enticing it seems as in the past.

To that point, one need only look at the lack of forward movement in such teams as the Phoenix Coyotes and St. Louis Blues, not to mention any number of other teams bubbling under the radar.

Still, this is the Toronto Maple Leafs, as close to a gold standard as the NHL has, so one imagines eventually someone is going to take those shares from the Teachers.

At any rate, for Leafs fans it's kind of an exciting version of stalking the stars, this listing of would be owners and front men. There hasn't been this much reported star power kicking around  since it was thought that Anne Murray and the Bank of Commerce were peeking into the windows and the books.

The Maple Leafs in the hands of Americans?  What ever would Conn Smythe say about that?

More items of note and thoughts on those going through the in and the out door at the executive offices of MLSE can be found below.

Email ThisBlogThis!Share to TwitterShare to FacebookShare to Pinterest
Labels: Grezky and the Leafs ownership