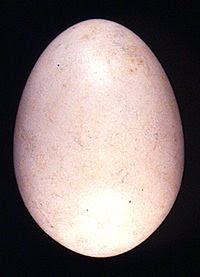 .
Wednesday was not a stellar night for Canadian based teams.

The Leafs travelled to New York, only to have the Rangers load up on the personal statistics to a grand total of 7 goals to none by the time the full sixty minutes came to an end.

With the Leafs defence providing little in the way of resistance these days, it's probably not a surprise that Jean-Sebastien Giguere is giving thought to waiving his no trade clause, and even though he wasn't in the nets for the Ranger's romp at the Gardens, you could perhaps understand his thinking, really who wants to face that kind of assault night after night?

Out in Western Canada, the Flames continued to struggle to find some scoring, this time as the Minnesota Wild ran wild on the Saddledome ice, collecting a total of six goals to the Flames 0, another low point in a season of problems for the Flames.

Not a great night for the True North strong and scoring free, what with a total of 13 goals to 0 for Canada on Wednesday, though we guess that Calgary can take some solace that they weren't the worst Canadian team on the ice for the night, but pretty darn close eh.

All in all, the scoring blitz of American based teams Wednesday left us with but one thankful thought, that being that the Senators had the night off!
Posted by . at 11:33 AM

Email ThisBlogThis!Share to TwitterShare to FacebookShare to Pinterest
Labels: Canadiana teams down 13 on Wednesday