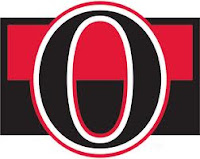 Following some rather embarrassing losses in the week past, it seems finally hockey fans in Ottawa (and the few Sens that live beyond the capital) will finally hear word of a plan, a blue print of the future, but one that seemingly won't fully begin until the end of this season.

Reports out of Ottawa have it that owner Eugene Melnyk has come to as he puts it "some hard" decisions, moves which will apparently see current GM Bryan Murray move into more of a role of advisor than architect and would seem to leave current head coach Cory Clouston set to hand out resumes at the next coaches' convention.

The Sens who once upon a time showed such promise and the threat of being one of the most dominant teams in the NHL have descended to such depths of the NHL pecking order that they are more likely to be described as a doormat than anything else.

Friday's horrendous effort and embarrassing 7-1 loss to arch rival Montreal (and that gives far more credence to the term rival than it deserves in this case) perhaps the final act of capitulation in this woeful season of remarkable blow outs.

The mood with the fans seems to be one of surrender, hopeful that Mr. Melnyk will set in motion the moves to return the team to respectability in the short term and into the top levels of the NHL on a longer vision.

Roy MacGregor of the Globe leads off the reviews of the Sens woeful situation, with two studies of all that befuddles the Sens this season, see here and here,  thoughtful examinations of where things have gone wrong and what may be the future for the current roster members.

As he outlines in his columns, all of the Sens problems probably can't be left on the shoulders of GMBryan Murray, the Senators made some rather unusual decisions well before his arrival on the scene (shout outs here to Zdeno Chara and Martin Havlat need we go on?), but it has been on his watch that the Senatorial implosion has taken place and while he is reported to have made suggestions that he wishes to be part of the rebuild it doesn't seem to be a move that would gain much traction with the fans.

So whether it's the gentle nudge to an advisory position, or the more bloody move of removal, it would seem that his time as architect is done, or as far as the fans are concerned at least should be done.

His final act it would seem to navigate the trading deadline and ensure that the Senators gain some kind of benefit from the fire sale that would seem to be on the horizon, providing there are any takers of the under performing  talent soon to be up for auction.

For some that could provide the lifeline to a better future and a Stanley Cup contender, for the Senators organization, the building blocks for the future, the length of time of that rebuilding process dependent on those deals and the off season moves.

More reviews of the Senators season of woe can be found below.

Email ThisBlogThis!Share to TwitterShare to FacebookShare to Pinterest
Labels: Sens season of woe