Triple the hockey, triple the fun! 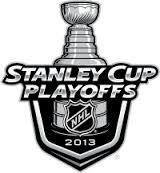 Now that's how you launch the Stanley Cup Final!

If you had tickets, frame them.

If you didn't have tickets, lie to your grandchildren when the time comes,  tell them you were there and that it was awesome.

Game One of the Stanley Cup final fulfilled all the superlatives, Epic, Classic, Showcase, Magnificent, pick one and repeat it over and over again. All would be correct, there are probably more, but frankly, we're too tired to drag out the thesaurus to look for extras.

For every mid season, mind numbing regular season game we've sat through, this was our reward.

For the endless days of lockouts, as two sides tested the faith of their followers, this was our reward.

For those infuriating press conferences where both the players and the league said the good of the game was their main concern, a refrain greeted with disdain at the time, this was our reward for keeping the faith.

Two teams, equal in skill, at times mirror images of each other, left nothing on the bench in game one.

The Hawks and Bruins, exhausted by the time the first OT rolled around, continued to find the resolve to carry us through two and then three periods of extra time.

Momentum would change with every line change (sometimes aided by an untimely too many men penalty, yes we're pointing at you Chicago), a sudden burst of energy that came with a near miss, sudden death avoided for just one more rush.

It was a game that featured it all, the Bruins jumping out to a commanding two goal lead heading through the third, suddenly found the Blackhawks had some push back, one goal then another taking the game to a 3 all tie, the extra frame morphing into period five then six.

The Overtimes, brought drama with every rush, the goal tending from both Corey Crawford and Tuuka Rask extending the night's magic, minute after minute of defensive scrambles, blocked shots, desperation lunges, with everyone making that extra effort to live for another shift.

On any number of occasions it could have come to an end and no one would have complained, a doink off a goalpost, a shot sailing just wide, a scramble where somehow the puck stayed out of the net, all of it and more the narrative to game one.

In the end, as is the case when tired players make desperate plays, it was blind luck, in this case a double deflection that put a puck in the net, proving once again that old coach's adage that you  just have to get the puck on the net (or at least in it's general direction).

The Hawks the recipients of Lady Luck for a night. Chicago claiming the 4-3 victory on a wacky shot from Michael Rozsival deflecting first off Dave Bolland's cue, then with a bounce off of Andrew Shaw, a kinder fate perhaps deserved for Tuuka Rask, who until that point had  shut down the Hawks in the triple overtime thriller.

A goal just before the midnight hour in Chicago,  six periods of hockey, the fifth longest game in NHL playoff history and two very, very, tired teams, one with a 1-0 lead in the best of seven (and please can it go the full seven?) series.

Two nights off for both (and the fans as well), Thursday and Friday to rest, reflect and recharge.

Game Two is Saturday night, if it's half the game of the series opener, we'll be well rewarded for our faith in the game.

Yes, it may be June, many of our first choice teams have long since been removed from the picture, and yes, the mind could be drifting to summer pursuits.

But if this is what the NHL is offering, we'll gladly park down in front of the television until the Cup is hoisted.

The reviews of Game One

Our Archive for the Stanley Cup Finals
Posted by . at 11:07 PM