Much more naughty, than nice 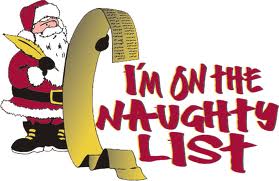 As Santa makes his final preparations for liftoff on Operation Christmas Eve 2011, a few NHLers may find that they are on the naughty list this year.

Brendan Shanahan has been a busy fellow in the pre Christmas portion of the NHL season, assessing 79 games of suspensions to less than civil NHLers, part of the crackdown on nasty behaviour by the Department of Player Safety.

He has been praised at times for his decision making speed and of course been questioned by others for perhaps missing a call, or two that some believe should have been punished, but one thing is certain, Shanahan has caught the eye of hockey fans (and no doubt heard the fury of more than a few GM's) with his decisions.

And while the pace of suspension has certainly slowed down from those first few weeks of the season, Shanahan has managed to put a bit of a stamp on the NHL season thus far.

Though despite his best efforts to reign in the head shots, illegal hits and outright brawling, the listings of the league's top players to be lost due to concussion and other injury continues to grow, looming large as the main story of the 2011-12 season. 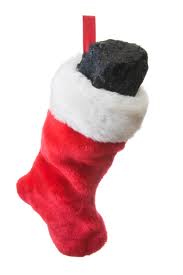 There's a bit of a surprise on the leader board of the most suspended as the Edmonton Oilers, a team not normally thought of as a particularly nasty team lead the suspension parade with a total of 13 games in suspension, all of which belong to Andy Sutton, who clearly will be atop Santa's naughty list this Christmas Eve, coal is destined for Mr. Sutton's stocking we are sure.

The Columbus Blue Jackets, who have struggled on the ice might find that some of their problems stem from time in the penalty box and on the suspension list as they hold down second place at the suspension time card line with eight.

Bringing up the bottom end of the top three nasty teams, a more familiar squad over the course of NHL history, the Philadelphia Flyers with 7 games in suspensions so far in 2011-12.

All told there are 18 teams that have had to provide representation at a Brendan Shanahan hearing thus far in the season, only 12 of the NHL's member franchises have avoided the list of the suspended, teams that are clearly not on Mr. Shanahan's speed dial.

Some players found themselves out of a little pocket change as opposed to missing time on the ice, Shanahan's office assessed  fines of $2,5000 on nine occasions in 2011, penalties that didn't quite reach the benchmark of suspension but still required some form of notice that wrong was done.

You can review the list of the Bad Boys of the NHL from our listings on our HockeyNation portal.
Posted by . at 8:27 AM

Email ThisBlogThis!Share to TwitterShare to FacebookShare to Pinterest
Labels: NHL Suspensions at the Christmas break