Stanley Cup Playoffs Round One: New York Islanders and Pittsburgh 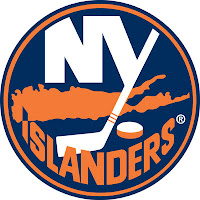 The Islanders have been away from the post season dances for a few years now, so when they decide to make their return, they show up at the same soiree as the top team in the East.

The Islanders who had one of the lowest of home attendances this year will hope that Nassau county residents are a sentimental lot and will head on down to the rink to see if their plucky, if soon to be departing for Brooklyn Islanders can knock off the Pittsburgh Penguins.

Tall order that no doubt.

And to perhaps make the job just a little bit harder, there are rumblings that Sidney Crosby may return to play, though medical clearance is still an issue after that horrendous puck to the face injury of just a few weeks ago.

The Pens may wish to keep Crosby on the shelf for a few games, let the rest of the line up carry them through the first round, but the competitive Crosby seems anxious to get back on the ice, so we'll see if the Captain is back on the ice when they drop that first puck.

Pittsburgh WINS the series 4 games to 2

All Games on TSN and NBCSN