Stanley Cup Playoffs Round One: San Jose and Vancouver 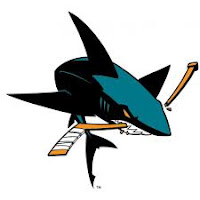 Two teams that truly confound not only their fans, but hockey observers in general will square off in the West this week.

Both the San Jose Sharks and the Vancouver Canucks have been under performers over the last few years. The Canucks who not too long ago challenged for the Stanley Cup have never quite managed to recapture that magic that led them to the Bruins a few years back.

The Sharks year after year leave their fans wondering just when the breakthrough will come, early exits have been the nature of San Jose for a while now, a promise never quite fulfilled, despite at times a line up that by all accounts had all the answers.

It hasn't been so for San Jose this season, nor has Vancouver particularly impressed with their play, so this series will provide for a positive result for one of the two, what they do with that bump is truly anyone's guess.


All Games on TSN,  and CNBC/NBCSN