Stanley Cup Playoffs Round One: Washington and New York Rangers 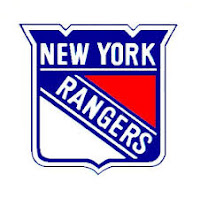 It may be the most entertaining of all the series options and most of it from what may happen off the ice as opposed to on it.

Any time that the NHL can provide for a John Tortorella press conference at playoff time is surely to be a quote worthy event (if quotes can come from short, snarky commentary) add into the mix the ever mysterious Alex Ovechkin and the league's biggest stage of Madison Square Garden and well, good times are sure to follow.

Beyond that, there's the hockey, which should of high energy and great entertainment.

Of the eight first round options, this one may be the most competitive and one steeped with any number of side stories to follow along with.

All Games on TSN and NBCSN