Return of the Metropolitans? 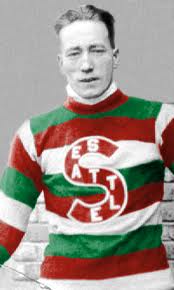 Often rumoured, it seems that once again the idea of an NHL franchise in Seattle may be on the horizon, this time thanks to a proposed new development for Seattle.

With word of the work behind the scenes on that development, there's now a few clues from the Pacific Northwest that suggest that Gary Bettman may be about to solve his Phoenix Coyote conundrum.

The Seattle Times has posted a story to their website today, outlining the proposed development south of Safeco Field, home of the Seattle Mariners. 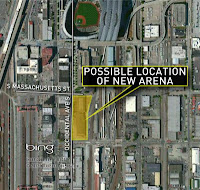 A San Francisco based hedge fund is behind the plan, which would see a new arena developed for Seattle, the main thrust of the project to bring the return of the NBA to the city, which lost their Sonics a few years back when they relocated to Okalhoma City.

Should the plan come together, it's thought that Seattle would be a logical landing place for the struggling Sacramento Kings, who face an NBA deadline of March 1 to provide a plan of action towards their own new arena in the California capital.

It is a passing note in the article however, will be of interest to NHL fans and perhaps season ticket holders, few as they are of the Phoenix Coyotes, with the suggestion that Seattle, with a new arena could be much coveted home for the NHL's orphans.

It's a suggestion that John Shannon made a week or so ago on Prime Time Sports with Bob McCown, at the time many might have thought it was just the usual laundry list of cities, (bonjour Quebec City, how ya doin' Kansas City and hello to all the other locales that come up whenever the topic of the Coyotes comes up), this time however, thanks to some digging by the Seattle Times which accessed e mails and other documents, there is a sense that there is something to the suggestion, that gives Seattle a push towards the top of the list.

Seattle currently has a WHL team the Thunderbirds, though one imagines the residents who are used to the Seahawks, Mariners and former Sonics would be quite intrigued at the idea of joining the NHL.

Seattle has been mentioned in the past as a potential NHL home, along with Portland, Oregon, however this is the first time that the prospect of an NHL team relocating there has had some legs.

The topic has been percolating in Seattle for the last year or so, most recently in January when the story once again began to pick up some steam.

It will be worth watching to see if the discussions, incubating as they are take root and if the Metropolitan's, one time challengers for the Stanley Cup and winners of Lord Stanley's mug in 1917, make a return to the ice, eager to renew acquaintances with their neighbours to the North in Vancouver.

Email ThisBlogThis!Share to TwitterShare to FacebookShare to Pinterest
Labels: Seattle in the NHL Feb 2012?